V8 stylo is a tropical pasture legume suited to environments where the average annual temperature ranges between 23-27°C. Hot and humid conditions accelerate plant growth. It provides a palatable legume pasture suited to both grazing and hay production. V8 stylo tropical legume can be used for silage and hay because of its high protein value, fine stem and its suitability to high fertility soils in waterlogging situations. V8 stylo is a tropical alternative to lucerne with 2,4-D tolerance. 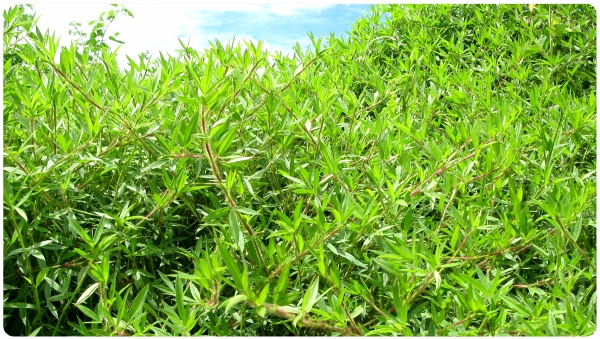 V8 stylo prefers and performs best on light to medium textured free draining soils.Unlike many other tropical legumes, V8 stylo performs exceptionally well on acidic soils with a pH as low as 4 through to 8. V8 stylo is tolerant to periodic waterlogging and tolerant of high aluminium and manganese but not high salinity.  V8 stylo can extract phosphate very efficiently from low P soils but still responds to applications of phosphate, as well as potassium, sulphate, calcium, and copper in soils with low levels of these nutrients.

V8 stylo tropical legume is suited to areas with annual rainfall ranging from 800 to 5,000 mm.

Establishing V8 stylo pasture seed, either in a pasture system or for fodder production, is relatively easy. Sowing depth needs to be as close to the soil surface as possible (1cm) while still maintaining good seed to soil contact. V8 stylo can also be broadcast when oversown in grassland. In humid areas, it can be sown at any stage if there’s no dry period during its establishment. In drier regions, V8 stylo should be sown as soon as possible after the beginning of the rainy season, and at least two months before the rain stops.

V8 stylo should be sown at 5-10kg/ha as a sole pasture and 1-4kg/ha in a pasture mix with grasses and planted no deeper than 1cm. Expect slow growth in the first 6-8 weeks after germination as during this time, the plant develops a strong root system. Once established, plant growth accelerates with the combination of heat and moisture.

V8 stylo responds well to improved soil fertility, particularly phosphate but can grow on infertile soil (partly due to mycorrhizae found in its roots).  In deficient soils, an application at sowing of 10‒20 kg P/ha is recommended (50-100kg/ha DAP) as well as other nutrients as indicated by soil analysis.

V8 stylo commonly produces between 5-10tDM/ha/yr up to 20tDM/ha/yr in fertile conditions. High nutritive values are possible, and it can range between 12-20% crude protein. V8 stoylos 2,4-D herbicide tolerance from 6 weeks of age is beneficial if the objective is crop rotations, as broadleaf weed control will be easier.

When grazing V8 stylo, it is important to consider the plants height and age. Cutting or grazing once plants become tall and woody can cause plant loss as there are fewer growing points close to the ground in woody and mature plants. Graze early through establishment to stimulate lower branching or cut to 10-20cm in the first few months. Rotational grazing is recommended for V8 stylo as constant heavy grazing is detrimental to plant survival.

Graze using a 1 week on/4-8 weeks off system. Alternatively, cut every 2-3 months. If hay production is the objective, regular mowing will help to stimulate branching and greater leaf to stem ratio. Cutting at the correct time and maintaining a high leaf percentage can be maintained through rotational grazing. V8 stylo will become more palatable to stock later in the season in comparison to grasses.

Mix V8 stylo with grasses for potential liveweight gains in cattle of 250‒600g LW/hd/day; with LW production per ha at 300‒500 kg/yr.

If the species requires, the bare seed is taken through a process of de-hulling leaving only the caryopses, before being coated and cleaned again to achieve high purity.