Base is a late maturing (+22 days compared to Nui) tetraploid perennial ryegrass available with AR37 endophyte. Base AR37 is unsurpassed for dry matter yield meaning more feed is available for your stock.

An added feature of Base AR37 is its high seasonal production in autumn and winter. It also responds well to summer rainfall, providing growth when moisture and fertility are available. This time of year is critical for most dairy farmers looking to increase pasture cover heading into calving, have winter milk contracts or are wintering dry cows on farm.

Being a tetraploid perennial ryegrass, Base AR37 has greater palatability and digestibility than normal diploid type ryegrasses which results in a pasture that is more readily accepted by stock. This increased animal acceptance and quality of Base AR37 combined with its erect growth habit can improve animal intake and performance

Where Can it Grow

Base AR37 is well suited to all Tasmanian, Victorian and West Australian dairy zones extending up to New South Wales Coast to include the Tablelands to Coffs Harbour. 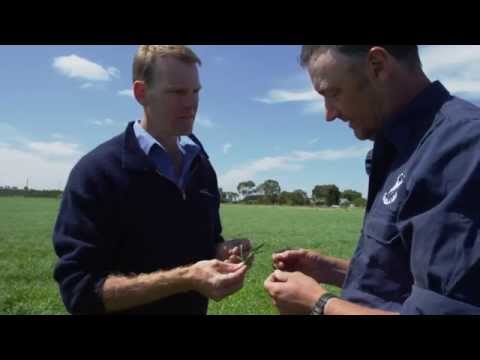 Base AR37 tetraploid seed is heavier than diploid seed so ideally it should be sown at 40% higher rate than that of diploid cultivars. Sow between 20-30kg/ha using Ultrastrike® film coat.

Base AR37 will produce more dry matter as well as persist longer under rotational grazing management. Avoid hard set stockingduring periods of stress such as droughts or periods of low fertility

Although to date no incidences of AR37 related staggers in cattle has been reported it is possible sheep could be affected, however trials have demonstrated that on average the duration as well as severity of ryegrass staggers is less than for standard endophyte.

To date AR37 has been trialled with sheep and cattle exclusively. Other classes including horses and deer should not consume forage containing AR37 endophyte.

Getting the best from your pasture

Endophytes in a Dairy System