BROWSE OUR RANGE
OF FORAGE CROPS

GOT QUESTIONS? OUR TEAM ARE
HERE TO HELP

Is Maize Silage the Right Feed for Your Business?

Growing and harvesting plenty of high quality pasture is our first focus.

Which supplement for my business - is only maize silage needed?

There’s no such thing as a ‘one size fits all’ approach for supplementary feeds for your cows.

Different businesses will have different opportunities and constraints for harvesting, storing and feeding out a range of supplementary feeds. 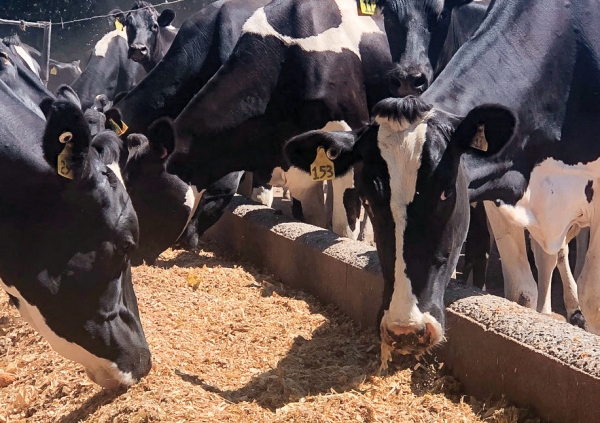 Points to Ponder When Looking at Different Feeds

Cost landed of maize silage and other supplementary feeds

How much do your supplementary feeds cost to land on farm? Often quite cheap feeds might be too good to be true. Feeds valued on a wet weight basis (e.g. low dry matter percentage vegetable by-products) might seem cheap but when valued on a dry matter (DM) basis can be very expensive.

Baleage is another feed that’s often landed on a per bale price. When costed on a cents per kgDM basis, baleage is often a very expensive feed.

Compare the price of maize silage to other feeds. Cost on a cents per kgDM basis often shows maize silage to be better value than other purchased feeds, depending on the supplementary feed market at the time.

The ultimate way to value feeds is to divide the cents per kgDM cost of a feed by the feeds megajoules of metabolisable energy (MJME) value per kgDM. This gives you the cents per MJME value of a feed compared with another.

How much maize silage or other supplementary feed are you likely to use each year?

If you’re largely a pasture based business, with only a small amount of supplementary feed offered per cow per lactation, chances are you’ll be keen to keep things simple. The relatively low cost of gear needed to feed baleage might be the best option if you’re planning to feed out for just a few weeks every year. It’s easy to catch “hardware disease” and end up over-capitalised – lots of expensive machinery that’s parked up for most of the year. In this case, maize silage might not necessarily be the right choice for you, at this point in time.

At the other extreme, if cows will be fully fed year round on a range of supplements, you have a feed pad, silage wagon or mixer wagon or a feed barn, your requirement for feed types will be very broad, needing a wide range of silages and possibly other feeds such as cereal grains and protein meals. Maize silage will likely form an extremely valuable part of the overall cow’s diet.